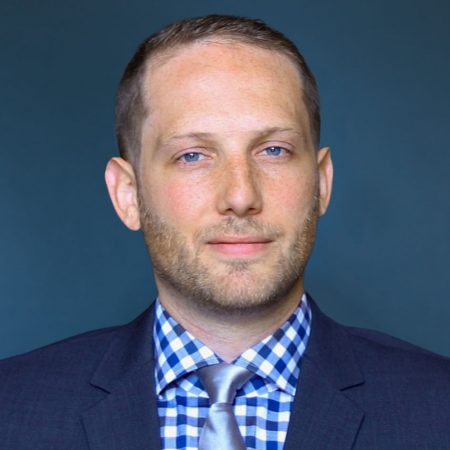 Chris has worked as a wholesale insurance broker since 2014, although his insurance career actually started on a very different path. Chris graduated from Rensselaer Polytechnic Institute in 2009 with a BS in Mechanical Engineering, and obtained his JD from Rutgers Law School in 2013. After passing the USPTO/NJ/PA Bar exams, Chris began working as a freelance Patent Attorney (Registration #69,926) drafting patent applications for small inventors who were looking for cheap but effective patent protection before they had money to hire a big firm. Through this experience, Chris learned to appreciate how very slight and subtle differences in word phrasing can have a substantial effect the outcome of patent cases. A single misplaced word, or errant comma, or semicolon, could cost an inventor millions of dollars.

“I remember going to watch oral arguments before the Federal Circuit in Washington D.C., and in one case the entire oral argument was focused on a single word in the Patent at stake: parallel. The case involved a circuit design involving a non-parallel circuit, and the panel of judges grilled both sides on the meaning and existence of that single word. What did it mean? Why was it included in the patent? What did it mean for the party accused of infringement? The attorney representing the inventor ended up arguing that the word was unnecessary to the patent, and that the Court’s interpretation should not be limited by it. I read the decision a few months later where the Court ruled against the inventor saying that if the inventor did not wish to be limited to that term, then more care should have been taken when writing the patent. The case was for over $40 million.”

The same lesson learned that day holds true in the insurance industry as well. Millions of dollars are either paid or denied to Insureds based on the carefully written terms and conditions of their insurance policies. Chris takes great pride knowing that his careful study and attention to detail helps his clients receive insurance coverage where they might otherwise not have. Chris still works on patents to this day, and to date, patents that Chris worked on have collectively sold for over $1 billion as of 2019.

Chris has spoken numerous times for the NJ State Bar Association on Cyber Insurance, and has contributed to many publications on the topic.

This entry was posted in . Bookmark the permalink. Follow any comments here with the RSS feed for this post. Both comments and trackbacks are currently closed.
Website design, development, & maintenance by Electric Bricks LLC